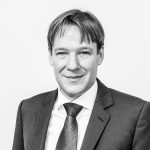 Dr. Ziggel studied economic mathematics at the TU Kaiserslautern with a focus on financial-mathematics and subsequently worked as a research assistant at the Stochastics-professorship of Prof. Dr. Dette at the Ruhr University Bochum. After one year working for a renowned consultancy company, Dr. Ziggel has been the Managing Partner of Quasol GmbH since its founding in 2010.
From November 2014 to February 2019, Dr. Ziggel was also appointed professor for “General Business Administration, in particular Mathematics of Economics and Statistics” at the FOM Hochschule for Economy & Management. Within the framework of this activity, he has published regularly in high-ranking international journals. In March 2019, he stopped this activity in order to concentrate completely on his self-employment. 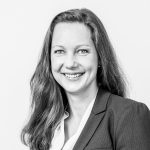 Mrs. Peters-Jansen studied Legal Sciences at the Ruhr-University Bochum and subsequently completed her legal traineeship at the Higher Regional Court in Düsseldorf. Since April 2010 she has been admitted as an independent attorney. The emphasis area of activity always constituted the contractual law. In the year 2013, she successfully completed the specialized course on “Banking and Capital Markets” of the German Lawyers Academy in Düsseldorf. Since its foundation in February 2010, she has been the Managing Partner of Quasol GmbH. She is primarily responsible for compliance and regulatory issues. 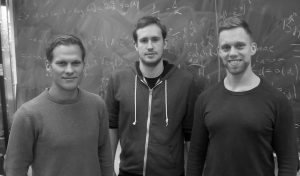 Since January 2016 Josua Gösmann, Florian Heinrichs and Kevin Kokot enhance our team. In November 2016, they completed their master’s degree in Mathematics with the minor subject Computer Science and are now doing their doctorates at the Professorship for Stochastics of Prof. Dr. Holger Dette at the Ruhr-University Bochum. In addition to their profound statistical know-how, they introduce their comprehensive expertise in MATLAB implementation of algorithms into our company. Thereby, they complete the project-specific monitoring, guarantee a professional as well as demanding (programming) performance and are available as competent contact persons. We are also proud that, with their support, we are closing the cycle to our university founder roots.